Hands and arms in body language

Background of hands and arms movements

Hands and arms are often use gestures and signs, to describe or explain the emotions, feeling or attitude. By defending or attacking are the hands used as tools and the gesticulations is ever presented by changing the attitude of person. Arms can close the way to our body or to show the openness to others. Reading of hands and arms manipulation and gestures can provide us more information for the complete image about one person.

Signs and gesticulations with hands and arms

Pointing with the index finger is almost a signs of aggressive behavior. It must not mean that it will evolving to one attack, but the person feel anger. Good example of this is presented on the next picture. 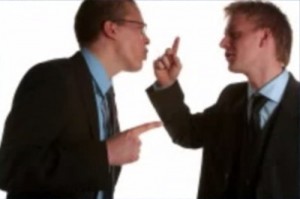 Almost the person will show to the source of the anger, often to the other person. The prolonged index finger is used as a tool. One another good example of pointing to interest with a finger is presented on the next picture. 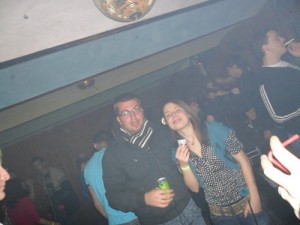 The girl on picture have the left hand in pocket. Shes thumb pointing to shes genital area. This behavior is often to see by mans, by women is this presented only by dominant woman. Shes right hand is used as a barrier between the boy and she. This is often presented with the crossing hands presented on next picture. 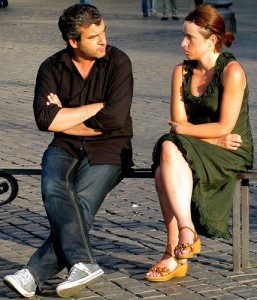 On the picture is presented both the man and the woman version of crossed hands. The main message of this is “I am not interested by You, i don’t feel me good at this moment”. The best way for solving the problem in this situation is to open your crossed arms and with some smiled face and a bit of submissive behavior to show the other person that You don’t wish to attack she in any way. In a interview is this presented often by person who try to hide something or to block the questions about this theme, or if the person don’t agree with you.

Hands on ears, eyes or nose is almost a message that person don’t like what he hear, see or smell. On the next picture is the presentation of this. 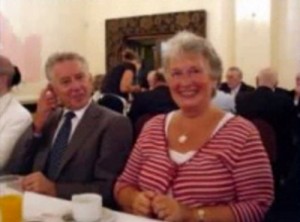 The person on this image don’t like or don’t agree with the information that he hear. By woman is the same behavior presented with more lightness ad more feminine gestures, but the message is ever the same. If the person touch his ears, nose, eye or mouth by talking, or immediately after he speak, the message is same, he don’t like what have he tell You and he don’t agree with himself about this, also often is this presented by lie. The hands and arms and leg manipulations are often presented by lie.

Holding own hands and arms is almost the sign of unsure or anxiety condition. Next picture present this: 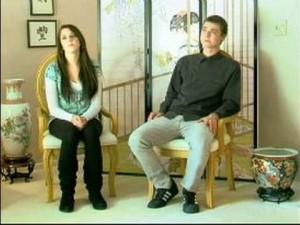 The girl hold shes hand with the other. She don’t known what to do with hands and the only one way to hide this is to hold the hands. On other side, boy grip with his hand his leg. This mean that he is to uncertain and not sure what he wish. The same meaning is if the person grip the chair.

This presented on the next picture. 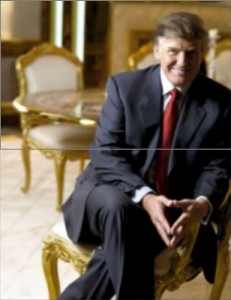 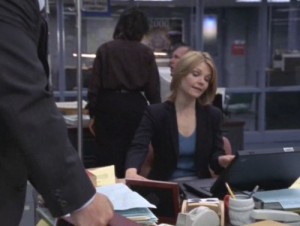 The man had put his fist to the working place of woman. This is a dual message: “I am strong and aggressive” and “I can use your space if i wish, i show it You with my hands and arms”. The reaction of woman is dropping the eye contact and look down, with exposing of neck. This is a typical submissive behavior.