The biological development by girls depend more in a hormonal status of the mother, by lactation. Some hormones that have a strong influence on the later character and development of a person. Mothers, as any women, develop testosterone and estrogen. The higher level of testosterone in womb development and early life of a newborn will produce a higher ability to have a more masculine girl body language and character.

One of the typical sign of higher testosterone level in womb and early life is the finger size test. If the index finger is smaller that a ring finger, the person was exposed to high testosterone level (male wombs). The opposite is the meaning for higher estrogen exposure. 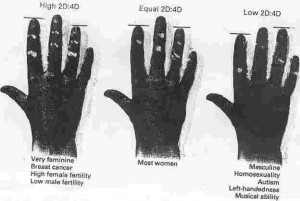 The higher level of testosterone in womb produce by girls behavior more masculine characters. This girls have a higher level of aggressivity, like to play with boys and to play boys games. His voice is more masculine, and the non verbal signs are more typical for boys but for girls. In a later life, as adolescents, this person show more interest to technical sciences.

By the boys is the lover level of a testosterone a reason for a more feminine behavior in a later life.

The other, and much more important source of behavioral characteristics is in the pedagogy. At the early life, the close contact between mother and baby play the most important role in a later development. Voice and the eye contact between mother and child is a base of a later relationship between girls and mothers. At this time, the girl body language is not different from boys body language.

In a later life, the most significant character in a girl body language is a imitation of a mother. Often is this presented by clothing similar as a mother, or doing a same things. At this ages learn girls about a man-woman relationship, so a responsible pedagogical behavior is necessary in a present of a child. Often is an older sister a person who will be imitated, because a closer relationship between sisters. 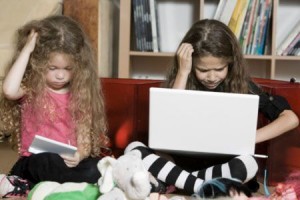 After all this behavior influence produced on a biological and pedagogical predispositions in a childhood, the final girl body language is a mixture of early experiences in a mother – father relationships. It will be developed as a child, influenced by a society, family and biology sources, so the girl body language how a product of a childhood development.