Venus and Mars, north and south, black and white, up and down, the sexes couldn’t be more bipolar when it comes to communication and understanding, which is why men have a shared goal in life; decoding women’s body language. If men could finally uncover the secret to the messages women are sending through body language, that communication barrier would finally come down like the Berlin wall. 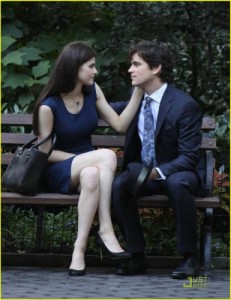 Those who are employed in the field of criminal justice are trained to read body language like a book. It is their job to be a human lie detector and hone in on specific changes in posture, blinking patterns, tone of voice or eye contact. Men could take a lesson from the criminal justice professional in learning how to decode women’s body language. Unfortunately men have the disadvantage because women typically want to be discovered while men put it all on the line, making it even more difficult to find out what it is she really wants. By keeping a mental journal of what happens prior to a shift in body language, or directly after that shift, men can begin to decipher what rolling eyes, hands on hips, or twirling of hair truly means.

The first emotion reflected through body language men probably want to learn to decode is anger. Like a boiling teapot that is about to steam over, warning signs are present but not often interpreted correctly, or in time, prior to the eruption. Signs that a female is angry include narrowing of the eyes, clenched fists, pursed lips and hands on hips. On occasion, a head tilt may accompany the aforementioned warning signs. The problem is, once she’s angry and exhibiting this type of body language, the man may want to make an excuse to sneak out and buy dog food before he gets dinged in the head with the good china.

For the single guy on the prowl for a date or a lifelong partner, decoding women’s body language will come in handy when learning to read signals of flirtation or lust. If a man is in full swagger while communicating with a woman he is attracted to and she rolls her eyes, steps back, or crosses her arms, she is probably not interested. However, if she leans toward the flirting man, giggles and smiles more, and is generally more fidgety, then taking this conversation to the next level, such as dinner or dancing, is the definite right move. On the other hand, this type of meeting may be such that both parties are interested in getting to know one another better in an intimate setting at which time this stud muffin had better be equipped to determine if the lady in question is sending signals of lust. If this is the case, she has definitely leaned more toward the male while exhibiting heavier breathing and her eyes will hold longer contact while pupils will dilate, indicative of excitement.

Decoding women’s body language may not uncover all of the secrets men want to discover about women, but any push in that direction will certainly help the testosterone charged sex.